Discovering your team’s story can make all the difference….

It’s not unusual for teams to start working on a project without formally forming a team.  In some cases, team members may think they know enough about each other to just jump in and get going.   Teams can often begin my focusing on “what” and “how” before really understanding the “who” and the “why” of the team.  My experience indicates that teams will eventually need to stop, go back and “re-form” in order to become more productive.

I recently coached Adam, a team leader in a software development organization, who was managing a virtual team.   Some of his team resided with him at headquarters in the United States, but he also had a small team located in India.  When we talked, he was concerned that he didn’t have the same close working relationship with his team in India as he did with his stateside colleagues.  He thought he could improve the productivity of the whole team if he knew more about the team members in India. When I asked what he had done to develop a relationship with them, he had to stop and think about the question.  I knew, as a coach, that I had hit a nerve.

Adam and I brainstormed some ways to get to know his team members in India.   He had already received some training on Indian cultural norms, so he decided to meet with each team member to get to know them better and find out more about their unique role and contribution to the team.  During his one-on-one meetings, Adam took time to ask some open-ended, probing questions like:

As Adam listened to the responses from his teammates, he realized that it would be helpful to have the whole team share this type of information. He scheduled a team meeting for the following week and was pleasantly surprised by his team’s reaction.   Both U.S. and Indian team members said that no team leader had ever taken the time to interact in this way.  They now know more about each other and how to work more productively as a team.

When all members of a team work in the same physical location, it’s easier to get to know each other informally by meeting in the cafeteria or saying hello in the hall.  Virtual teams don’t have that opportunity and it can put them at a disadvantage.  Managers and team leaders who make a concerted effort to help a virtual team get to know each other find that this is time well spent.  The best way to do this is to hold a face-to-face team kick-off meeting.  However, this can be expensive and not realistic for many teams.  In the absence of a face-to-face meeting, a well-constructed team session via conference call or webinar is a good second choice.

Being intentional about team formation is fundamental to creating trust within a team – particularly a team that is operating virtually.  Using their common understanding of each other’s expectations for the team and how each team member works most effectively helps the team communicate more effectively and be more successful.

I’d love to hear how you are working to building stronger relationships within your team.  What techniques are you using that are working well and bringing results?

How did you discover your team’s story? 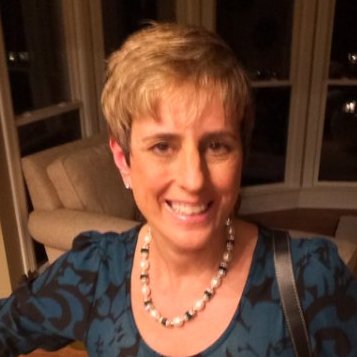